This picture shows exactly how I feel about the budget I just drew up – about to be buried under it. You’d think I’d have tackled this subject a long time ago. You’d be wrong. It’s sort of like going to the doctor when you suspect you might have a problem but you feel pretty good. You put it off, telling yourself you couldn’t possibly have something wrong when you feel good. But deep down inside, you know the truth. It’s a not so simple matter of buckling down and facing it.

So I found an Excel spreadsheet that lets me input all my income once I retire, any savings and then list every expense. I was relentless, coming back to it several days in a row with all the little things I tend to forget – and, of course, they’re the ones that add a bazillion dollars to the total. I put in things like the trash bags I order because they fit the particular brand and shape of the garbage can in my kitchen; my weekend Starbucks coffees and treats; my annual car registration (easy to forget when you’re inputting monthly expenses); my company’s annual fee; the donation to Women For Women International; Sirius XM in my car so I can listen to CNN or Broadway showtunes as the mood strikes me; birthday gifts for family and friends; and family dinners.

I anticipated that my current expenses would probably exceed my Social Security income by about $500-$750. Much to my horror, my expenses exceed my income by $1,340. Although I had banked on (pun intended) expanding the scope of my outside company to bring in some extra income, I imagine it would take me years to be able to cover that differential. To tell the truth, it’s sort of horrifying.

Today, I sat and made a first-round attempt at figuring out what expenses I could live without and which ones could easily be cut back. Needless to say, “easily” was the operative word. I managed to see an extra savings of $200 a month. The whole thing would be laughable if not for the fact that it’s a looming reality.

Yes, I realize I can get a part-time job but that sort of defeats the purpose of retirement, doesn’t it? And there’s always that little matter of businesses being loathe to employ anyone over the age of about 40 (that might be a generous figure).

My only possible avenue is through my company, I think. I recently listened in on a webinar about the use of CBD in products. Since I’m a Registered Aromatherapist, the idea of creating CBD tinctures and lotions for my personal company is tantalizing. I discarded the idea about a year ago because of the fact that the DEA had declared CBD a Class I drug. However, word has it that the Farming Act of 2018, which excludes CBD from the list, just passed last month. If that’s true, I see a double benefit. I can use them for my own chronic health issues and perhaps the bridge some of the gap in my budget. 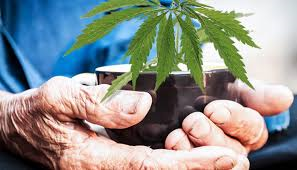 I have so many thoughts on this subject that I hardly know where to begin. Let’s try this: the closer I get to retirement, the more I want to feel like I’ve made a contribution to the place I’ve worked for the past twelve and a half years. However, since I haven’t actually retired yet, haven’t even given my notice, no one feels like they need to reassure me about this. Why would they? But as my attention starts slowly focusing outward on the big, wide world and less on my workday issues, I find my tolerance for day-to-day problems grows shorter and shorter and my self-worth as a team member becomes more and more fragile as I realize that I’ll be missed for about five minutes before everyone moves on. It’s disconcerting to feel my long-term contribution beginning to feel obsolete before I’ve even left. I want to have mattered and I’m afraid I won’t.

So here was the inciting incident that prompted this post and all my conflicted thoughts. One of my employees, a self-confident 30-something girl, came into the office where we share a space. I told her something that might affect her workday and she started to respond. As she spoke, I turned to my computer to start logging in and commented on the screen saver. With that, she stopped talking and proceeded to shove her things around on the desk. I thought perhaps something had happened the night before that had put her in a bad mood so I turned and said, “What’s wrong?”

She responded something to effect of, “I was trying to answer your question but this is a  pattern and so I’ll just sit here and let you talk.” She might as well have slapped me. What’s a pattern? I was a bit stunned and so it took me a second to narrow down the possibilities. I told her I was still hearing every word she said. Nevertheless, I sat back, gave her my full attention and asked her to please tell me what she had started to say. I guess the thing that confused the most then, and still does now, is that even when I’m not looking directly at her, I always engage in the conversation so I’m clearly hearing what she’s saying. So was this time a problem for some reason or was it always a problem? And if it was always a problem, I don’t understand why she didn’t address it sooner and in a different manner.

Now that I’ve had a chance to think about it, I recognize that it could be seen as a slight because it appeared she wasn’t getting my full attention. But the thing that bothers me the most is the level of disrespect for a supervisor that was displayed. Is that just old-school thinking on my part? Another reminder that I’m past my “use by” date? Is that a difference of the Baby Boomer generation and how we approach authority from her Millennial generation? I’ve had supervisors that I detested but I would never have dreamed of telling them what I thought they were doing that irritated me.

So yes, I read it as a subtle comment on my age and it hurt. She saw no reason whatsoever to show any respect to my position. It made me wonder if the young workers I think are enjoying my company actually tolerate rather than appreciate me.

So there you have the issues: ageism, generational ways of dealing with authority, unintended but subtle insults, and a clear lack of communication. In any case, she hit the mark she intended. I was wounded by the barb and it made me wonder if my contribution to the organization is obsolete. 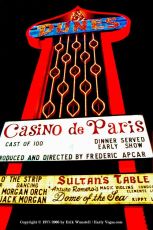 I arrived in Las Vegas in 1977, grabbed a waitress job at the pool at the Circus-Circus and set out to scour the newspapers for audition notices for the shows. One of those was “Bare Touch of Vegas” at the Marina Hotel. I auditioned but had not heard anything and so had written it off and resigned myself to cocktail waitressing.

My poolside boss at Circus-Circus (I’ll call him Frank) was a young, easy going fellow who loved to put on a fake French accent to talk to “the girls.” He kept us endlessly amused and used the accent often. This particular day, Frank told me his car had died and asked if he could call me for a ride if he couldn’t get it up and running. He promised not to call too late. Mai oui.

I went to the callback and although I was pretty good, I was told that I was 2 inches taller than the rest of the cast, so they decided on someone who blended in a bit more. As it turns out, Frederic Apcar, the producer of “Bare Touch of Vegas,” was also the producer of “Casino de Paris” at the Dunes Hotel.  A couple of months after the phone fiasco, I auditioned for and got a place in “Casino de Paris” and stayed for four years. Pierre was often around and at some point I fessed up to being the crazy girl on the phone call. Unperturbed, he just laughed and commented, “Ah, you are the one.”

Looking back, although I’d initially been devastated to lose a job because I was too tall (a rarity, I discovered), I was lucky to spend the next four years in “Casino de Paris.” I’ve often commented that “Casino de Paris” was the best dance show I ever did and that if I’d known I was starting with the best, I’d have retired after that. That’s not quite true, of course, because I subsequently spent three years traveling overseas to places I’d most certainly never have had the opportunity to see otherwise but, forty years later, “Casino de Paris” remains my favorite.

Hire Me to Write!